Enter the world of Lingua Magicka 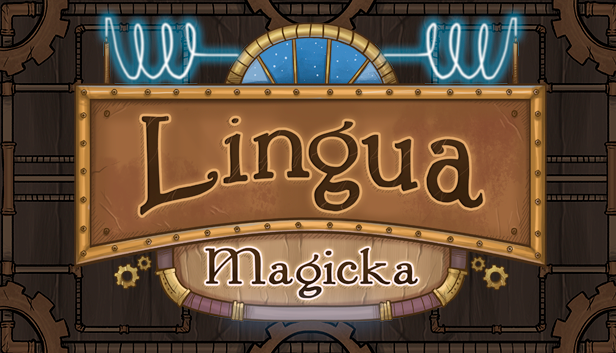 Enter a world where magic and technology coexist to learn a new language — enter the world of Lingua Magicka!

Lingua Magicka exists on an alternate Earth where the ability for Casters to use magic on this Earth is directly linked to language. Words are imbued with power and act as catalysts to complete even the simplest of spells. And now it has a free demo available on Steam!

In an effort to regulate and control the use of magic, the world’s largest nations have created protective wards along their borders that restrict and regulate the use of magic. One of these regulations is that magic only works through the country’s native language. If a Caster wishes to utilize his magic in a foreign country, he must, at the very least, take the time to learn some of the native language.

You play as Trist, a student of magic under the tutelage of Professor Esperanto. Trist wants to be able to see the world, but he must first master some basic terminology in the native languages for the cultures he wishes to travel to, or else he be able to work even the simplest of magic. Imagine if you had to wash your own dishes simply because you couldn’t enchant the dish towel!!! What a nightmare.

Lingua Magicka offers a fun way to learn basic vocabulary in a number of languages. While Lingua Magicka will not make you fluent in another language, it’s a great starting point for kids or adults of all ages to begin their education and exposure to a foreign language.

While navigating a magical 3D world, players will be able to highlight every object by pointing and clicking on it with the mouse, revealing their translated name and pronunciation, recorded by native speakers, specifically for this adventure.

The demo is available now for PC on Steam and you can add Lingua Magicka to your Wishlist!